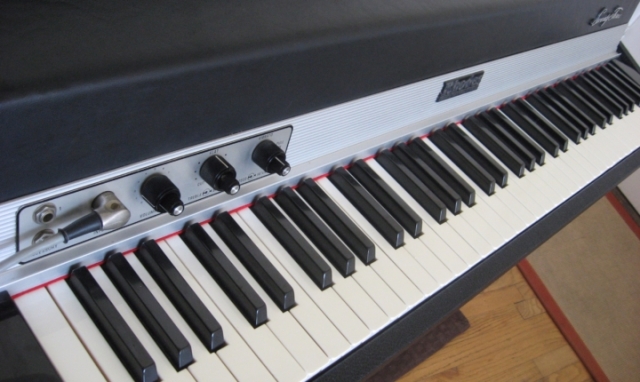 Have you ever listened to Jazz Music? As a musician I’ve always admired Jazz and people who can play Jazz. The technique, skill and ear it takes to play Jazz is far beyond anything I feel that I’m capable of, but I still enjoy it, especially live Jazz. Some of my friends are Jazz Musicians and I’m in awe of their ability.

If I’m being real though I get a little intimidated by Jazz cuz I don’t fully understand how it works. The chords, rhythms and phrasing’s that these musicians use leave me feeling alienated sometimes, so it’s probably like a self defense mechanism but it often leads me to tune out. I think to myself, “that’s so far beyond me, I’ll never get it”

Come to think of it I do this same thing with anything I feel I’m not very good at naturally. I played baseball when I was about 13 for a city league team and I just sucked. I couldn’t throw, catch or bat as well as the other players on my team and in the league(that’s an understatement). To top it all off they stuck me in right field, which I now know they put me there cuz there was less of a chance I would have to catch any fly balls. I only played that one year and if I could have quit before the season was out I would have.

I have a confession, I’ve been that way about God most of my life. I mean, I hear people talking about How great he is and how much he loves us and it’s so unfathomable that, yes, sometimes I tune out. I know that’s probably wrong to say but it’s just true. Especially when people who “understand God” start throwing around big religious words to describe him. Not only do I tune out, I often retreat the other direction.

My best example would be this. I grew up not knowing my real father. He died of a drug related heart attack at the age of 31, that’s way too young to die. I was only 7 years old when this happened and I had no idea what a profound affect it would have on me in every area of my life, especially is relation to God.

People often refer to God as a “Father” and as bad as it sounds I often tune out cuz I can’t relate. I understand it better now than I ever have but I think I’m still healing in that area cuz to this day when I sing “Good Good Father” I just feel like it falls a little flat for me. I’m trying to understand it I really am.

Since we’re being honest here as I write I’m even becoming aware of how this plays out in actually being a father myself. Since I never knew mine I just never gave much thought about being a dad. I always felt I didn’t wanna have kids. Little did I know that at the ripe old age of 35 I would become a father to an amazing little boy named Bowie Presley Mitchell, and yes he’s named after The musicians David Bowie and Elvis Presley. (I went for Prince but she wasn’t going for it lol).

I remember being at the hospital and just being so overwhelmed. We spent several days at the hospital in the NICU when Bowie was born because of some issues with his blood. I remember them rolling him into the room in one of those plexiglass cases. It was all a bit much for me. I remember asking the nurses and doctors, “So, when we get him home what do we do with him??” And I meant it, I had no clue.

Not having a father led me to believe that I didn’t know HOW to even be one. I remember being so intimidated by this whole fatherhood thing that I can recall retreating to my little home music studio in his early days thinking, “let me just go do something I think I’m good at, something I actually know HOW to do.” I think I still do that sometimes and he’s 9 years old now.

So, what’s the solution? How do I get more comfortable with this God thing? How do I become a good father myself? What about being a husband again? How do I even do that?(I didn’t Fair so well the 1st time.) I don’t know for sure but I can tell you my experience with it and maybe you can relate.

Throughout Scripture God perpetually calls on people to do things they think they can’t do. When he was told to go talk to Pharoah (Exodus6) Moses even told God, “no I can’t do it, don’t you know I know I’m a terrible speaker?” I’m not sure but I think that God knew that tidbit of information.

Also when Jesus calls on Simon and Peter and Andrew to follow him and be FISHERS OF MEN, he was asking them to do something they wouldn’t and couldn’t do on their own. In those days if you were gonna be able to follow a Rabbi you had to have been taken on at a much younger age, so they resigned to be being fisherman, Heck it sounds like they weren’t even really good fisherman cuz when Jesus found them they had their net on the wrong side of the boat (this is just me speculating.) Isn’t it funny that Jesus taught them how to fish first??

Well, I think when I look at Scripture I’m in good company. I’ve heard it said before that God doesn’t call the equipped. He equips the called or something to that effect. So, I’m in over my head with this whole being a father business but I’m learning. I’m learning to lean into the truth that God has called me to be a father and not the lie that I “don’t know how.” I’m also taking notes from other Dads and applying them to my relationship with my kids. The verdict is still out on whether I’m doing very well at this but I will keep you updated.

I was recently reading Miles Davis Autobiography and it blew me away. Just the way that his music developed through the years, he was truly a trend setter in many ways. One thing that stood out to me is in his later years he was asked to put together a project of some of some of the older musicians/legends that he used to play with and he REFUSED. He stated that “I don’t go backwards.”  Miles knew that his music and his gift would only be developed by doing things that he’d never done before.

So what do I do about this God “Father” shaped conundrum? Well, for starters I’m just going at it. What I mean by that is I’m just jumping in and trying to learn more about God than ever before. I’m listening to messages, reading books, examining scripture and praying and you know what’s strange? The feeling that I’m out of my league is slowly fading. Don’t get me wrong I have a lot to understand and a long way to go but I’m not as intimidated as I once was so I guess you could say I’m intentionally tuning in.

Today I pray as you read this that God brings to your mind something he’s calling you to do. I pray that you wouldn’t be intimidated by the calling or tune out because you’re unsure of how to go about it. He will withhold nothing good from you. I pray that we just trust him and step into unfamiliar territory! No need to go backwards or stay stuck, he’s calling you forward!

There are lots of areas I feel God is calling me that feel like I’m out of my element but I’m leaning on Him more than ever and trusting the He’s not as crazy as He seems. Shoot, you never know, before it’s all said and done I might try to learn to play some jazz.