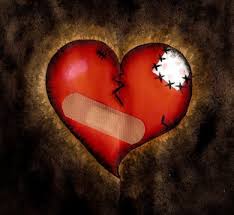 “Find what you’re good at and go do that”. I think I’ve heard people tell me that all my life. I’m not sure it’s bad advice but it’s made me think there’s more to it than just that as I get along in my journey. For years I think I’ve followed this very advice. Let me explain.

I got into music when I was a sophomore in College at the University of Tennessee, many moons ago. I had a roommate named Jeff who was from my hometown of Columbia, Tn. Jeff was/is an extremely talented musician. He had been in a couple bands in high school and I thought he was the coolest guy. He had long hair and earrings(cuz that was cool then) and he had a bumper sticker on the back of his car that said “Question Authority.” (My parents have me hell about being friends with Jeff because of that bumper sticker.)

Jeff loved all the alternative music of the day and I can still hear him singing “No Rain” by Blind Melon in our cramped little dorm room. Jeff had an ovation acoustic guitar that he strummed on all the time and I found something magical happened when he played. I was mesmerized and I wanted to learn to play guitar too. (Did I mention that Jeff had a girlfriend and I thought that playing guitar might have been part of his secret to being so suave?)

I was in to drastically different music than Jeff but he seemed to have an appreciation for all types of music. I was into Prince, Michael Jackson, Zapp and Roger, The Commodores, funky stuff like that and even George Michael. I remember I broke my hand that year playing basketball and that seemed like a good a time as ever to learn guitar. So, I asked Jeff to show me the chords to my favorite song of all time, Purple Rain.

I instantly LOVED playing guitar. I bought my first cheap electric “Martin-Stinger” telecaster from a local pot dealer, I wish I still had that guitar. I took up the guitar with an obsession(I now know I do all Things like this.) I learned really quickly how to navigate the guitar neck and I became what some people referred to as “pretty good.” Some would even say I had “a gift”. Within a year or two I had formed a band with some more of my college buddy’s including the one and only Jeff, who played bass in that band(he played drums well too.)

Mister Skinny(that was our band name) began to tour around and get some notariaty in the region. We were a regional touring act in the hay-day of the Jam Band. The Dead, Phish, Disco Biscuits, Moe among many others. We rehearsed a lot, toured some and I began to find acceptance as a musician. Musician was WHO I was, not just something I did and I was relatively good at it I guess. So, I was all in!! Nothing gave me greater joy then than going into a local club and hearing someone say “hey, you’re the singer for that band.”…no we weren’t famous, but it sure felt like it at times.

Well, as all good bands do(with a few exceptions), we broke up. That’s when I remember feeling lost. My whole identity was wrapped up in that band and being a musician. This is when I can remember my drinking and drugging spiraling out of control to the point I knew I needed some help.
Here’s the kicker, I had followed the advice “Go find what you’re good at and go for it” and this is where I wound up?

Many, many, many years later, several rehabs, detoxes, mental institutions and yes even jail, I have started to discover that being a musician is not who I am, it’s just something I do…and yes I still love it…just not in the same way I used to. I feel like it’s just in its proper place in my life now. Funny thing is, much to my dismay, most of the people in my life that really love me don’t simply think of me or even care that I’m a musician. Huh?? But this is what I’m good at, right??

Here’s what I’ve found to be true. I get to still travel around and play and even speak at events all around but I find a commonality that I still can’t wrap my mind around sometimes. My friend Sean, who’s also a pastor summed it up to me once after I got done leading worship at his church. I said “well, how was it?”(cuz I was still new to it all) he replied it’s “was great, music was great BUT I love your heart”..MY HEART? What??..I was like…you mean it’s not my dazzling voice(I’m being silly here) or my mad guitar chops lol…he said “Iove your heart” what did he even mean?

Here’s what I’ve found to be a profound and puzzling paradox in my story. A large majority of people that I run into or meet are not really that fascinated with my music as much as they are my story(some call it my testimony). My story is messy and contains lots of what seem like to me to be catastrophic failures at life…seriously, that’s what people are attracted to??? People are far more intrigued by the fact that I’m a recovering drug addict or that I’ve been divorced than they are by my music. Now, sometimes my music opens the door to share my experiences but my story always overshadows the music. This is not the way I would necessarily want it but it’s the facts. Why on earth is this so?

The apostle Paul talked about this in 2 Corinthians 12 verses 8-10. It says ..”’my grace is all you need. My power works best in weakness. So now I am glad to boast about my weakness so that the power of Christ may work through me. That’s why I take pleasure in my weakness and the insults, hardships and persecution and the troubles I suffer for Christ. For when I am weak, then I am strong. “

My weakness, my vulnerability, my failures are a launching point to talk about how God has been at work in my life. So the wounds of my past become weapons(Thank you Carl Lentz) in God’s hands. It’s totally counterintuitive…it flips the script, it’s definitely NOT how I would do things. I mean for real though, I’m puzzled by how this really works.

So, I’m still out there playing music but my idea of “making it” has now totally shifted. If I look at my life through the lens of this scripture and I start to try to see my life as God sees it I don’t look for the music to be my marker for success like I did. Instead I look for areas of my life where God has been at work transforming me. No, I’m not anywhere close to where I wanna be but I’m definitely not who I used to be.

So now when I hear someone share the advice “find what you’re good at and go for it” I think about how my life has unfolded and I think…hmm I’m not sure that’s right or at least that’s not how it’s worked out for me. In my experience it has been sorta the opposite, when I tried to go find what I was “good” at, it didn’t turn out so well. The wisdom I would share would be “Find out where you’re weak and let God transform it and use it.” Don’t be ashamed of your wounds cuz they’re now weapons!!